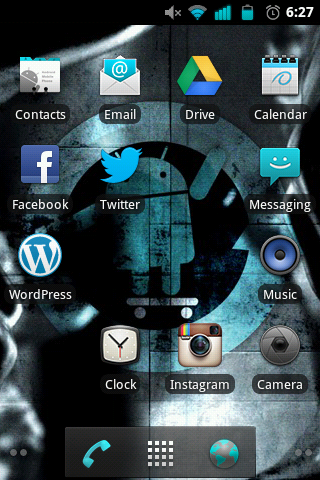 I have previously reported troubles and tips for rooting my AT&T Fusion, which is a low budget smartphone that has anÂ exchangeableÂ sim card, which is great for everybody who wants to buy a phone in the US and bring it back to Europe or elsewhere.

Anyways, I was still stuck on one topic and in a conversation with Lennart he doubted, that a Cyanogen Mod image for my crappy hardware probably existed.

After being frustrated with the bloatware on my phone, I found a thread in the android forums called:

Remove the bundled apps on this at&t phone

This thread works great, besides, for Mac users, there is no real instructions and the .bat files don’t really work. Although, as you might sense already, there is a solution for that!

First of all, forget the drivers download, you don’t need it.

Just download the Android SDK and fastboot, start it and download the platform tools, after that copy the adb file to the clockwork mod folder and run the commands in theÂ ClockWorkMOD 5.0.2.7 (Bootloader-Volum DOWN+ POWER).bat file by hand.

This is what actually is in the file:

What you have to run after putting the adb file in this directory:

Now in my case, after also booting to recovery mode, operating with the VOL+ and VOL- keys and installing Cyanogen Mod, it was stuck in an endless boot loop (I played around with some advanced features and did not clear the dalvik cache)

If you’re stuck in an endless loop, boot it to recovery mode again, clear all the caches and re-install cyanogen mod. That worked for me, if it doesn’t for you, go for google, that’s what brought me here with a phone that runs like thrice as fast.

So how is the Cyanogen Mod so far

All I can say is faster, prettier and not messing up my entire internal storage.