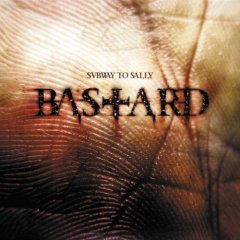 Subway to Sally finally released their new album, Bastard, on October 19th. Going to be at a concert of the new tour on November 4th in Kiel. Looking forward to it. The album is very satisfying. The lyrics are awesome and the music is too. Compared to Nord Nord Ost there is less metal and more rock, which I like a lot. My favourite songs from the album so far: Vodoo, Puppenspieler.