I really don’t like pointing the finger, but this company just approaches social media in such a horrible style, that I want you all to see how NOT to do it. First of all, they advertise with social media services. Now, the funny thing is, that they have a facebook link at top and left of their site, with different like amounts, confusing the user? Hell yeah. Second, you can’t “find” them on facebook, because their page-name only directs to nyndesigns.com

On twitter, a couple of messages (often the same) sprouts up by multiple people.Â What could be going on here, is that a bot with some random people-stock pictures is tweeting all their pre-defined news messages over and over again, none of them responds when you tweet at them, neither the @nyndesigns account. I assume these are blind bot accounts, because they tweet the same messages over and over again, trying to over-over-advertise for the posts and services of nyndesigns.com

The funny thing is, that Nyndesigns advertists with a message like:

Which does not add up with their behaviour on social media at all.

ground rules they are breaking:

Below you see the confusing different amounts of likes on their facebook page:

UPDATE: I just filed a spam report on twitter.com about this matter, including the information above.

I just received a mail from Nyndesigns and actually the difference of facebook likes was explained to me as for one the likes on the page itself and the other amount is for the facebook page. I was accused of not understanding technology like the open graph API of facebook, (stupid me). Well my point remains, that there actually is no facebook page, but it merely is set to redirect to nyndesigns.com, which I consider a bad use of social media. Maybe I really am doing it wrong, but when I search for the company name on facebook and click the only result, I get redirected. The only way to access it for me, is to visit the url, that was sent to me in the mail directly:Â https://facebook.com/nyndesigns

That is except Also admitted in the mail was, that they don’t use social media to communicate with clients, apart from maybe linkedin, (as an explanation why nobody cared about my tweets ;)).

Also the army of tweetbots is justified by, that many parts of the industry do it and that it’s offered as a service to clients. Now I don’t know how big parts of the industry are defined, but this is the most annoying and also the only that was not emitted by some scam company for shady sites, that I’ve ever seen.

Eventually, I was asked to remove this post (I guess my search engine ratings are too high and that’s something they had to react on, in contrast so somebody just tweeting at them). 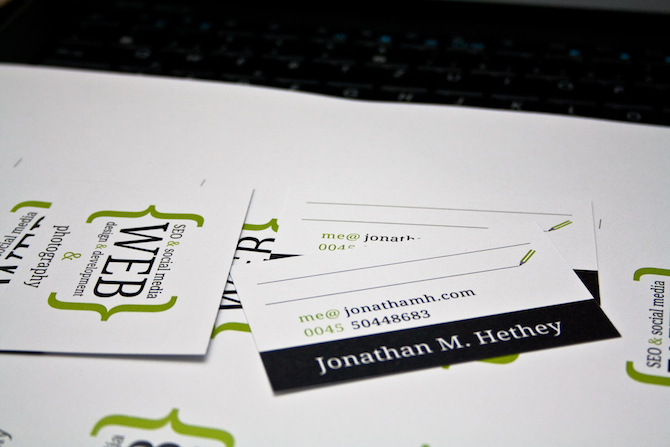 My cards fresh out the press. Thanks to the friendly printing people at my academy! 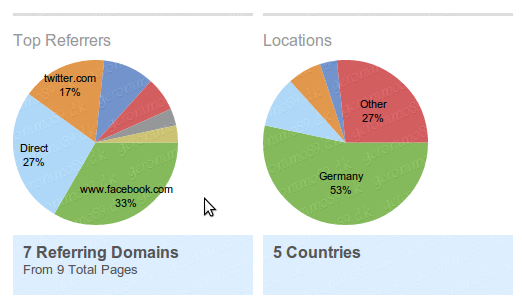